Our reasons for finding our way behind the lens of a camera are as various as the courses we choose to take with our lives. Here are just a few of mine.

Why do we love photography? I mean, let’s face it. If it was just a matter of finding a new hobby, there are far less expensive undertakings for us to consider. Perhaps you’ve taken up photography as a means to support your family. But even the most established professional can attest to the fact that there are plenty of other vocations available if your main concern is a steady and predictable cash flow.

Most of my milestones as an artist have come not when I learned a new technical skill, but when, in the process of trying to find my artistic voice, I’ve ended up discovering things about myself.

For example, like most photographers, my journey behind the camera began with shooting the things that were around me: my dog, my house, my neighborhood. When that got to be too limiting, I moved on to shooting things around the city. I live in Los Angeles. It’s a big city. But even that was eventually too small to contain my creative ambition. So, I started traveling abroad as much for the photographs as for the culinary delights and the pipe dream of accidentally bumping into a beautiful woman one night leaning against the railing of a cruise ship.

When I came home from France one day with over 6,000 images on my memory card and a little less rubber on the soles of my shoes, I stumbled upon my first realization. Traveling through a beautiful country full of water lilies, church spires, and iron towers, I realized that the shots that were sticking out to me most were those that had less to do with the location and more to do with the population. An early shot I often consider is one I took of a young tourist couple sitting in front of the Eiffel Tower. Here I am, having traveled halfway around the world for a chance to visit a legendary landmark, and it turns out the only thing I was interested in photographing was an innocuous moment between two people I’d never met. The couple was just sitting in the grass, reading a guide map of the city, with the legendary tower hovering above them in the background. It’s not that they are doing anything particularly different. But clearly, I was drawn to the human story far more than the landscape. Going through the remainder of the 6,000+ images, time and time again, I would find myself editing down the collection to similar images, always prioritizing the human element over the scenery. 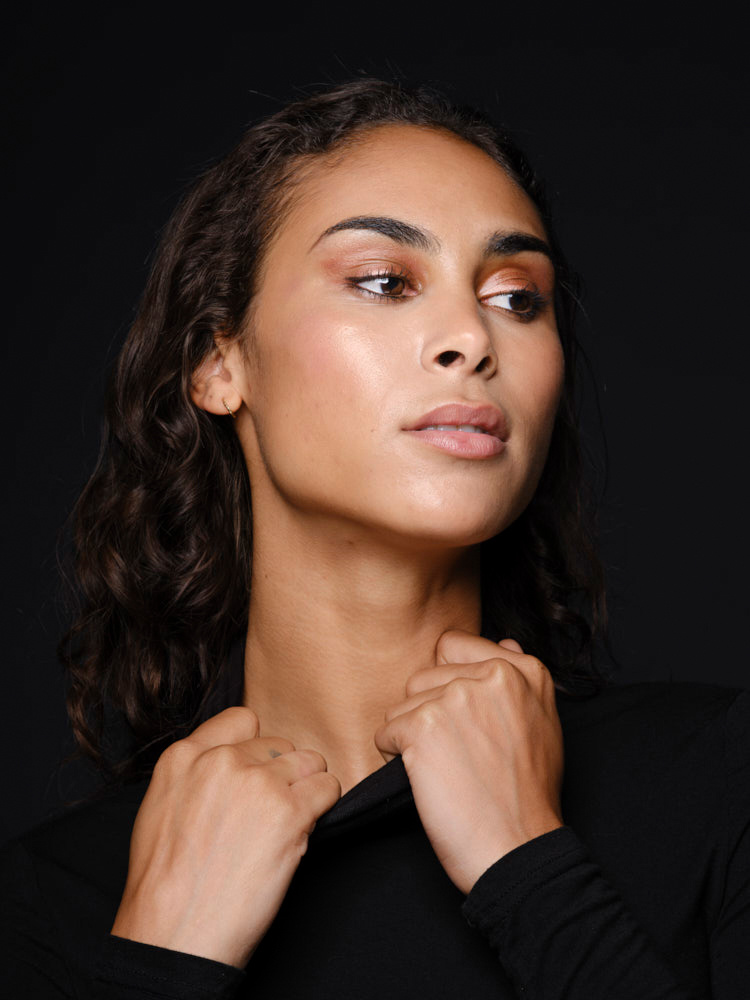 A few years later, my desire to capture unsuspecting pedestrians casually as a hobby had developed into a career where I rather intentionally captured portraits of models for a living. No longer having to sneak a shot of a tourist couple sitting beneath the Eiffel Tower, I was now free to walk up as close as I’d like to my human subjects to get the best angle possible. I might be shooting said model on location with a beautiful landscape as a backdrop, but I no longer had to pretend to myself that the mountain in the background was as intriguing to me as the speck of brown in my model’s otherwise icy blue eyes.

It was during one of these moments when I found myself standing criminally close to my subject in a way that might get me arrested if I were to do it to a stranger on the street that I had another realization about myself and why I loved photography.

Even though I’ve chosen a career where I photograph lots and lots of people, supported by a crew with lots and lots more people, I am, in fact, an introvert by nature. If I don’t have to be around other people for work or in the service of art, I generally prefer to be alone. It’s not that I don’t like people. I just fundamentally need my alone time to recharge and build up the energy to deal with human interactions.

Yet, despite my clear failure as a social gadfly, I still find people endlessly fascinating. I love to study people. I love to learn about their motivations and their backstories. I love to identify those unique little ticks they have. Spot every little minute permutation of their face that signals when they are happy, sad, or amused. I love to observe.

So, one day, when I found myself standing eight inches from a beautiful woman’s face, staring at her, but with absolutely no other thought in mind other than finding the best way to light her so I could bring out a certain element of her cheekbones, I realized yet another reason I love photography. It’s the one profession that gives me a free license to do what I like best, study people and learn about other human beings.

I get to engage my subjects on a deeper level than I could if I didn’t have a camera in my hand. Sure, maybe if I met them under other circumstances, I might still find myself one day getting to know them. But the camera itself is a passport to ask questions. As an introvert, it provides me with a certain layer of protection when I engage with people. It gives me a point of entry. This access is crucial to my ability to create art. But it’s also crucial to me as a person because it allows me a level of human interaction that I don’t always get when I’m away from the set. 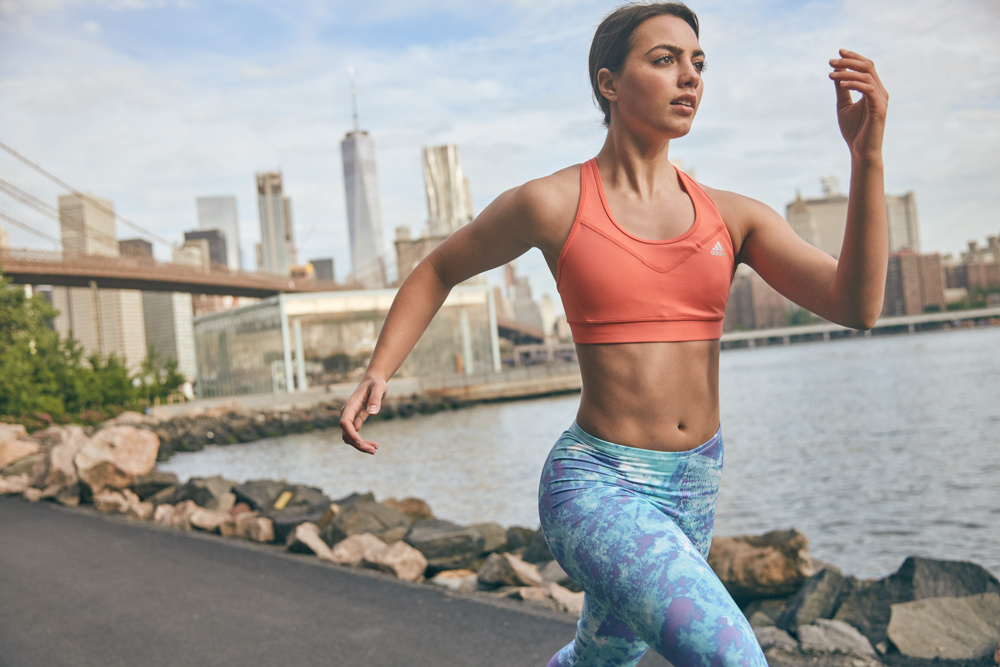 But a strange thing happened on my way to the set. Not only had I slept as peacefully as a baby the night before, but as I exited the freeway onto that little road that encircles Dodger Stadium where my shoot would be taking place, it dawned on me that I was not even remotely nervous at all. It’s not that I wasn’t excited to shoot. I’m always excited to shoot. But no butterflies were bouncing around in my stomach the way they used to.

Now, this could be considered a good thing or a bad thing. It’s good not to be nervous. If you’ve prepared the way you are supposed to before a shoot and learned your craft, there’s nothing to be nervous about. But, on the other hand, sometimes those butterflies in your stomach are good. They have a way of adding a bit of fear which can send you into a state of laser focus. That laser focus can sometimes help make you, or me at least, extra creative. When you’re dialed in, you can create gold.

I did the shoot. The client was happy. The campaign was a success. But, despite the high profile of the project and the potential for name-dropping to prospects, none of the shots made it into my portfolio. Why? Why was this shoot, a shoot that a decade ago I would have only dreamed about, suddenly nothing more to me than a blip on the radar? Not even worthy of mentioning on social media. Well, this is the point at which I made my most recent revelation. It’s not the destination that excites me about photography. It’s the ability to be constantly growing and developing as an artist.

This was a huge campaign. But, I’m fortunate enough to say that I’ve done many major campaigns before. The concept for the shoot was also one that I had shot multiple times before. This made me aptly qualified to get the gig. But it also meant that I would be retreading very familiar ground. Don’t get me wrong. I am immensely happy to get such opportunities. But it also meant that the potential for creative growth on that project would be somewhat limited compared to other projects. It’s only natural. The more you know about a particular subject, the less steep the learning curve will become over time. But, I guess it turns out that I love a steep learning curve.

These are just a handful of the reasons why I love being behind the lens. What got you interested in photography? What keeps you staying with it? Everyone has their reasons. I’d love to hear yours.

Fri Mar 25 , 2022
Yet another betting shop has appeared on one of Britain’s high streets, full of screwed-up betting slips, little pens, newspaper racecards and discarded sweet wrappers. A pile of unopened post suggests the place has been abandoned. So far, so depressing. But this bookie’s in Sunderland is different. Titled Ghost Shop, […]