Rosmarie Trapp, a member of the singing family made famous by the stage musical and film “The Sound of Music” and the last surviving daughter of Baron Georg Johannes von Trapp, the family patriarch, died on May 13 at a nursing home in Morrisville, Vt. She was 93.

The Trapp Family Lodge, the family business in Stowe, Vt., announced her death on Tuesday.

Ms. Trapp (who dropped the “von” from her name years ago) was the daughter of Georg and Maria Augusta (Kutschera) von Trapp, the would-be nun who became a governess with the family and ultimately married the baron.

Rosmarie is not depicted in “The Sound of Music,” which focused on the seven children Georg von Trapp had with his first wife, although she was in fact almost 10 when the family fled Austria in 1938 after that country came under Nazi rule. Among the many liberties “The Sound of Music” took with the family’s story was the timeline — Georg and Maria actually married in 1927, not a decade later.

In any case, Rosmarie did travel and perform with the Trapp Family Singers for years and was a presence at the lodge in Stowe, where she would hold singalongs for the guests. She acknowledged, though, that it took her some time to embrace the fame that the musical thrust upon her after it debuted on Broadway in 1959, beginning a three-year run, and then was adapted into a 1965 movie, which won the best picture Oscar.

“I used to think I was a museum,” she told The Chicago Tribune in 1997, when she was evangelizing on behalf of the Community of the Crucified One, a Pennsylvania-based church, “but I can’t escape it.”

Rosmarie Barbara von Trapp was born on Feb. 8, 1929, in Aigen, a village outside Salzburg, Austria. The family began singing publicly in the 1930s in Europe, but the baron had no interest in cooperating with Hitler once the Nazis took control, and so the family left Austria, taking a train to Italy. (The “Sound of Music” depiction of the departure was fictionalized.)

The family gave its first New York concert, at Town Hall, in December 1938 and soon settled in the United States, first in Pennsylvania, then in Vermont.

“We chose America because it was the furthest away from Hitler,” Ms. Trapp told The Palm Beach Post of Florida in 2007, when she spoke to students from the musical theater program and Holocaust studies classes at William T. Dwyer High School in Palm Beach Gardens.

The family singing group continued to perform into the 1950s. Late in the decade, Ms. Trapp and other family members went to New Guinea to do missionary work for several years. Ms. Trapp’s father died in 1947, and her mother died in 1987.

Ms. Trapp’s brother, Johannes von Trapp, is the last living member of the original family singers and her only immediate survivor.

The Trapp Family Singers repertory, of course, included none of the songs later composed by Richard Rodgers and Oscar Hammerstein II for “The Sound of Music,” but when Ms. Trapp gave talks like the one at the Florida high school, she would gladly take requests for a number or two from the musical. What did she think of the film?

Meet the Brand That’s Turning Candles Into an Art Form

Thu May 19 , 2022
Inspired to transform the way we experience our homes, Noka.Design founders, designers, and friends Noémie Vanoli and Karima Weber set out to design objects that deliver a multi-sensorial experience – something that’s not only a pleasure to have in your space, but also gets more beautiful with every use. Drawing […] 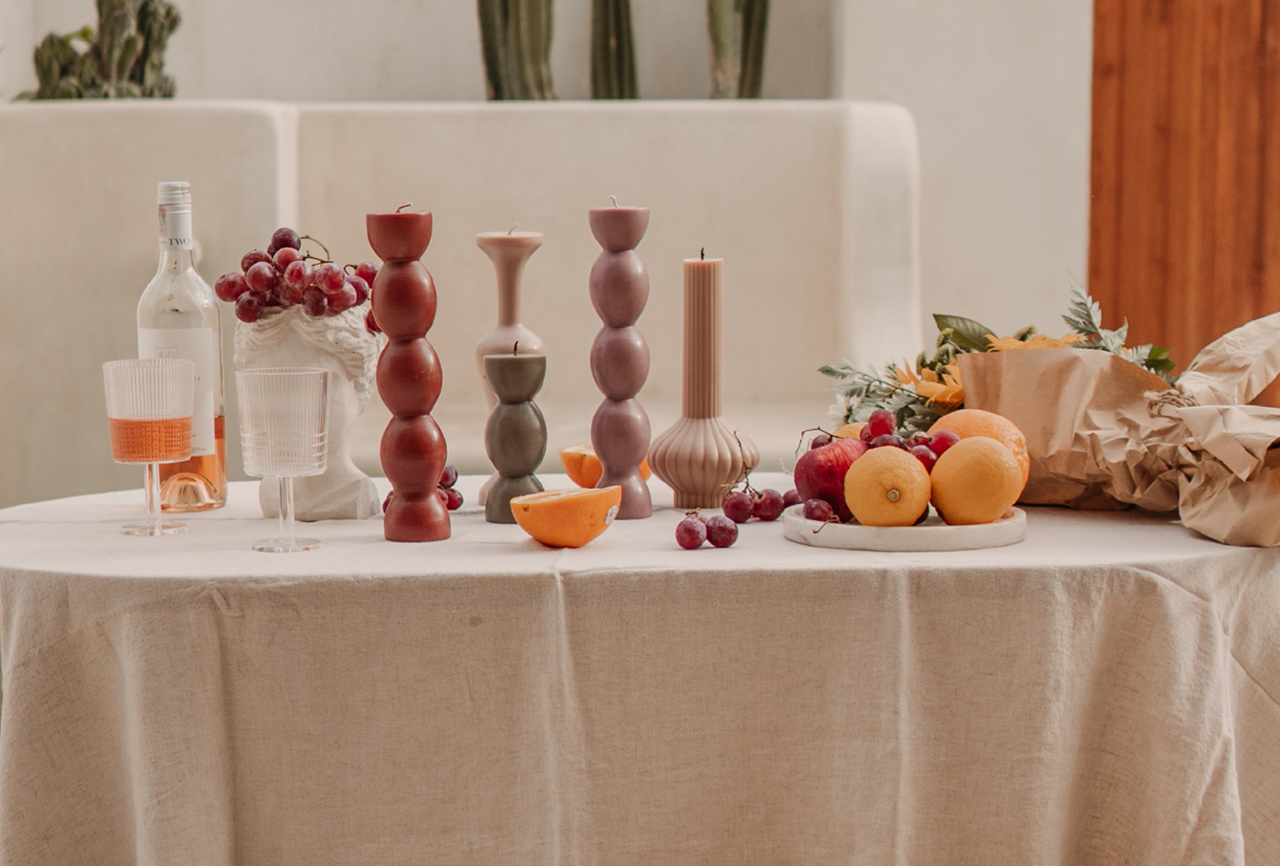