The women in Patrick Demarchelier’s photographs seem to be leading their best lives. Celebrities, stars, supermodels, his royal client Diana, Princess of Wales, are often caught in those moments of easeful perfection after hair and makeup prep is over, when they have been slathered with flattery, are camera-ready, but not yet self-conscious before the lens. The session has not passed from fun to work.

Sitters described him as charming, always complimenting them with the never-lost strong French accent (his impenetrable Frenglish had to be subtitled for a fashion documentary).

Demarchelier, who has died aged 78, came to fashion in Paris in the late 1960s, among a group of young photographers sharing a new informality. They preferred street snaps to studio shots, and unexotic young models sans sulks, visibly having a good time in places magazine readers could understand – a sunny beach, a market. The women also interacted with each other, whereas from the 40s to the mid-60s a model was usually isolated, alone on a page.

Demarchelier did not pursue his confreres’ full reportage style, but transposed their “lucky paparazzi catching a spontaneous moment” quality over to portraits of the beautiful famous: he believed the perfect picture was a “half-second accident”. To catch it he worked pretty fast, especially in the era of small crews up to the late 90s, and could always be relied on to deliver a sellable cover to the newsstand.

When the editor of US Vogue in the 2006 film The Devil Wears Prada checks he has been booked, everybody understands that she means: “I want this tricky job with a diva delivered now, with no drama.”

William Blake’s “Damn braces, bless relaxes” was the principle of his best covers. He took a few desultory frames of the teenage Christy Turlington lolling mussed after a day of many outfit changes in a Mexican resort, and voilà, a great cover, Vogue 1989. The same year, he popped his young son Victor inside the huge towelling robe that Vanessa Duve was wearing on a beach, and caught them wind-ruffled and laughing together, another cover.

Diana saw and liked it so much, the boy close in age to her sons, that she asked Demarchelier for a private portrait session. He brought in the stylist Sam McKnight to chop-snip her hair like model Linda Evangelista’s, albeit with a tiara atop, and reassured unconfident Diana of her glamour; both were rewarded with memorable images that used supermodel visual language.

Twenty years before, Norman Parkinson had produced a fine Vogue cover of Princess Anne in romantic fashions in the tradition of her royal mother and grandmother, but the Demarchelier-Diana collaboration was novel; it helped establish Diana as a celebrity independent of the Windsor family firm. Her friend, then UK Vogue editor, Liz Tilberis, requested Palace permission to reproduce one picture as a cover, and commissioned fresh sequences.

Demarchelier was anything but to a high style born, one of five sons of a half-French, half-English mother and a father frequently away with a travelling cinema, who then left permanently for Africa. The family crowded in with relatives in industrial Le Havre, Normandy, and the boy was a layabout at school, always taking pictures with his eyes, in brilliant light (his oeuvre, indoors and out, is brightly lit). His mother divorced and remarried, and when he was 17 his stepfather gave him a simple Kodak, with which he did portraits and wedding shots for small fees, finding a job as a lab retoucher and printer of passport pictures. His sole aim was to make it to Paris, which he did at 20, earning a living as a printer of news pictures.

Demarchelier became house photographer to a Paris model agency, then assistant to Hans Feurer, already shooting in the new mode, ready-to-wear clothes on non-soignée models, for the lively young magazines Elle, Marie Claire and Nova. Feurer saw clothes first, Demarchelier regarded every assignment as a portrait-of-a-character job, leaving the garments to the choice and arrangement of the fashion editor and stylists; even in his mighty Rizzoli book, Dior Couture (2011), the models triumph over their fabulous garb.

That approach paid off slowly: Condé Nast’s editorial director Alex Lieberman recruited him to the magazine empire in the 70s, but his success really grew in the 80s, when movie and music business stars, and supermodels who became celebrities themselves, brought their names and huge personalities into editorial and ad pictures.

Demarchelier’s contract allowed him to do both kinds of work, including ad campaigns for Dior, Chanel, Armani and Ralph Lauren, and that privilege continued when in 1992 Tilberis moved to the Hearst Corporation in New York, to edit Harpers, and demanded as part of her deal that Hearst pay the high price of appointing Demarchelier as lead photographer.

The corporation got good value as he also provided covers and editorial for Cosmopolitan, Marie Claire, Oprah Winfrey’s magazine O, and Esquire. Condé Nast had to offer him seven figures to return in 2004, by when his Manhattan studio had expanded to three floors and a long pay-roll, although he remained nostalgic for his NY beginnings in 1974, just him and the cameras, managing his own lights.

Despite some starry male portraits, this big equipage all depended on Demarchelier’s relationship with female subjects, including most of the Oscar red-carpet A-list plus Madonna, Britney Spears, Mariah Carey, Céline Dion and Janet Jackson, whom he shot discreetly topless for Rolling Stone.

Demarchelier said he did not like women who were exhibitionists, but over the decades his frank delight in close proximity to women persuaded many sitters into at least a flash of cleavage and sometimes nudity.

Then in 2018 a Boston Globe investigation reported that this much-professed rapport had been predatory over the years, with seven women, including an assistant, alleging unwanted advances by Demarchelier. He denied the accusations, but Condé Nast immediately announced that he would not work for it again.

He met Mia Skoog when she was modelling on a Vogue shoot, and they married early on in his career with the magazine. She and their sons, Gustaf, Arthur and Victor, survive him.

Mon Apr 4 , 2022
INDIANAPOLIS — You’ll see something different every time you walk into Chromatic Collective in Broad Ripple. “There will almost always be something on the walls for you to look at or interface with, in some way, shape, or form,” Hailee Smith, one-fifth of Chromatic Collective, said. The gallery and art […] 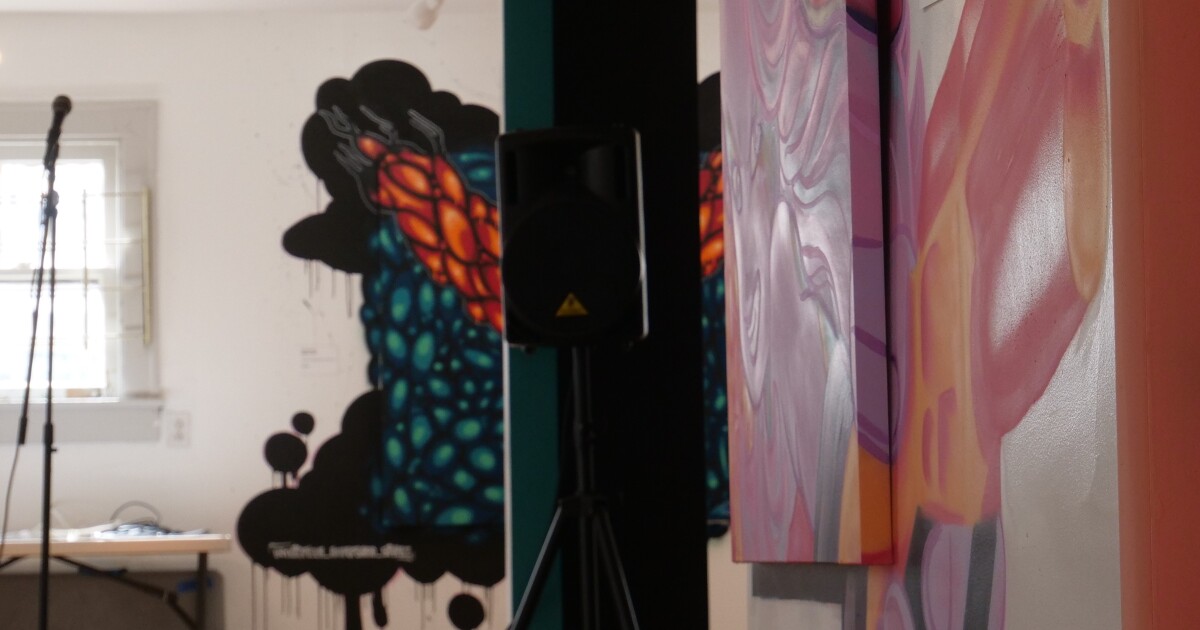