May 9 (Reuters) – The New York Times won three Pulitzer Prizes and was named as a finalist five more times on Monday, while its rival the Washington Post took the public service award and Reuters claimed the prize for feature photography.

The journalists of Ukraine were also awarded a special citation for coverage of the Russian invasion, as the Pulitzer board paid homage to the 12 journalists who have been killed covering the Ukraine war this year.

The annual Pulitzers are the most prestigious awards in U.S. journalism, with special attention often paid to the public service award.

This year that award went to the Washington Post for its coverage of the siege of the U.S. Capitol by supporters of former President Donald Trump, when a violent mob disrupted the congressional count of electoral votes that unseated Trump and officially made Joe Biden president.

The Washington Post won “for its compellingly told and vividly presented account of the assault on Washington on January 6, 2021, providing the public with a thorough and unflinching understanding of one of the nation’s darkest days,” Pulitzer Prize Administrator Marjorie Miller announced.

The events of that day also resulted in a breaking news photography Pulitzer for a team of photographers from Getty Images.

In feature photography, a team of Reuters photographers including the late Danish Siddiqui, who was killed last July while on assignment covering the war in Afghanistan, won the Pulitzer for coverage of the coronavirus pandemic’s toll in India.

Reuters, which was also named as a feature photography finalist for images of climate change around the world, won for “images of COVID’s toll in India that balanced intimacy and devastation,” Miller said.

“A world largely preoccupied with its own suffering was jolted awake to the scale of India’s outbreak after Reuters photographers documented it,” Reuters Editor-in-Chief Alessandra Galloni said in a statement.

“To have Danish’s incredible work honored in this way is a tribute to the enduring mark he has left on the world of photojournalism,” Galloni said of Siddiqui, who was also part of the Reuters photography team to win the 2018 Pulitzer Prize for feature photography for documenting the Rohingya refugee crisis.

The Pulitzer was the 10th for Reuters, a unit of Thomson Reuters (TRI.TO), and the seventh in the last five years.

With three more Pulitzers this year, the New York Times has won 135 since the awards were first presented in 1917.

Besides winning the international reporting award, the Times was named as a finalist in the category twice more: for the fall of Afghanistan and the assassination of Haiti’s president.

In addition, New York Times reporter Andrea Elliott won a Pulitzer Prize in the general nonfiction category for her book “Invisible Child: Poverty, Survival and Hope in an American City,” which started with a 2013 series published by the newspaper.

The Pulitzer board made note of the “challenging and dangerous times for journalists around the world,” noting 12 journalists killed covering the Ukraine war, eight Mexican journalists murdered this year, and other cases of assault and intimidation against journalists in Afghanistan and Myanmar.

The special citation for journalists of Ukraine applauded their “courage, endurance and commitment to truthful reporting during Vladimir Putin’s ruthless invasion of their country and his propaganda war in Russia.”

The prizes, awarded since 1917, were established in the will of newspaper publisher Joseph Pulitzer, who died in 1911 and left money to help start a journalism school at Columbia University and establish the prizes.

They began with four awards in journalism, four in letters and drama, one for education, and five traveling scholarships. Today they typically honor 15 categories in media reporting, writing and photography plus seven awards in books, drama and music.

A board of mostly senior editors at leading U.S. media and academics presides over the judging process that determines the winners.

Tue May 10 , 2022
House of Puff’s new collaboration and exhibition with the author, social justice advocate and artist, Chris Wilson is opening on May 12 in New York City.  This exhibition will feature Wilson’s powerful painting, “Positive Delusions,” which memorializes the process he used to survive solitary confinement while in prison for 16 years. The painting is […] 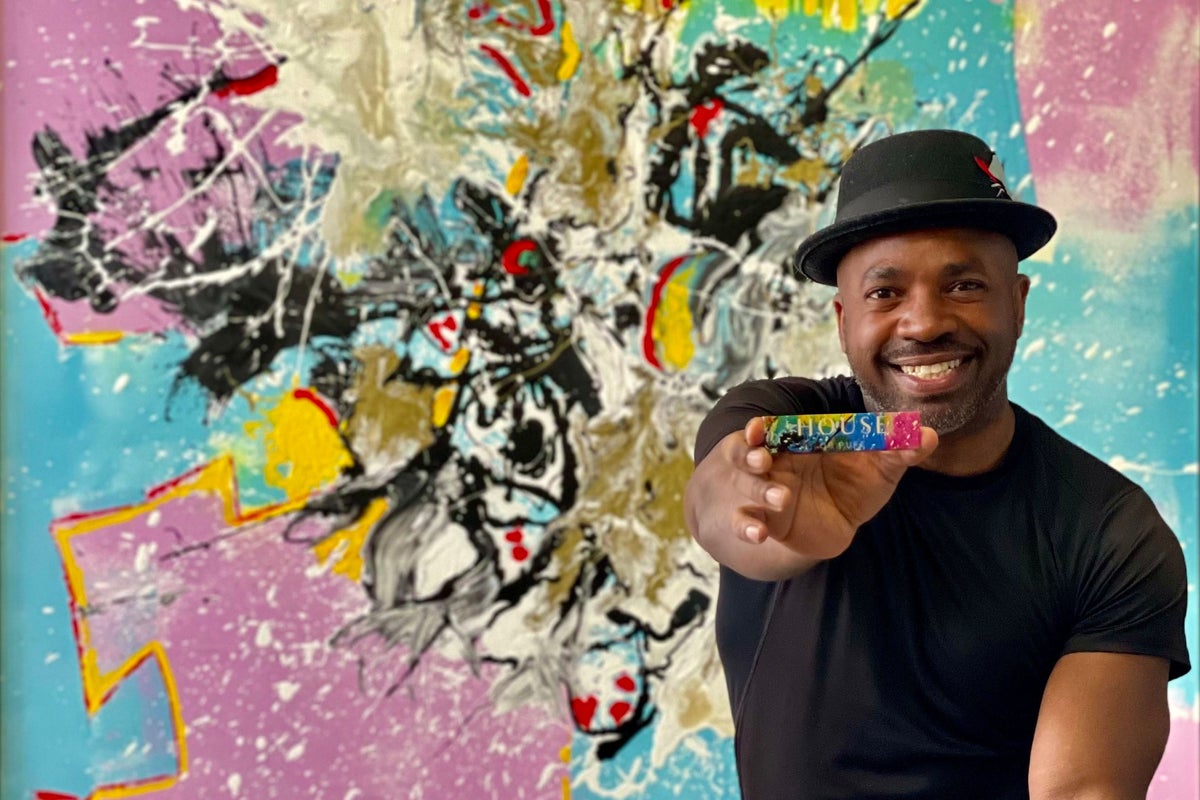