WHITE BEAR LAKE — The Arts District is getting a new addition as the corner of Hwy. 61 and Eighth Street sees at least its third iteration.

Construction starts summer 2022 for the McNeely Music Center, a state-of-the-art facility that will offer lessons, recording capabilities and performance space.

The downtown site, platted in 1871 as a single-family residence, has been the address for several businesses over the last 150 years.

Most recent was a 1998 Re/Max realty office that was demolished last week to make way for the center. It would have been cost prohibitive to retrofit the building to the center’s high-tech acoustic requirements, so the decision was made to bring it down.

Press archives contained a similar story when realty office’s predecessor was razed on that corner. The city lost a small piece of history, the piece read, when a wrecking crew demolished the long-vacant Doerer’s Grocery.

Owned by George and Delia Doerer for more than 40 years, the grocery store opened in 1937. Popular with neighborhood children who stopped in for candy, popsicles and ice cream, the store also had two Phillips 66 pumps out front for the convenience of adults stopping after work for gas and groceries. The couple lived upstairs, and raised three children above the store. Jantzen’s Motel, Big Ben restaurant and the White Bear Cheese Shop were nearby.

Two years in the works, the McNeely Music Center coming to the spot will be community based, said Greg McNeely, whose family is behind the Manitou Fund, the private foundation financing the center.

“We believe in music. It’s been transformational in our lives,” McNeely said.

The McNeely family has strong ties to White Bear Lake. Greg is a professional musician who founded the iconic 617 Band and Crossover.

Glass walls on the building’s west side will allow passersby to view a lobby area on the main floor, complete with a grand piano, that will double as a reception and recital area.

The location of the center purposefully ties in with the arts district, Din noted. “We’re the music complement to what already exists. We wanted that location.”

The family considers the center “a gift to the community,” McNeely said, adding the center’s purpose is to provide a way to share the experience of music and connect with others.

“Music gets in your blood and takes you to another place,” he stated. “We want to share the positivity and hope that music brings to people of any age.”

Watch for a story on the center’s grand opening as the date approaches.

Thu May 5 , 2022
5.9-foot-tall anthropomorph in regalia (Photo: Stephen Alvarez; Illustration: Jan Simek) The American southeast is filled with over 10,000 caves rich in history. Indigenous people used these caves as their canvas, leaving behind a wealth of cave art. Until now, some of that art has remained a mystery due to tight […] 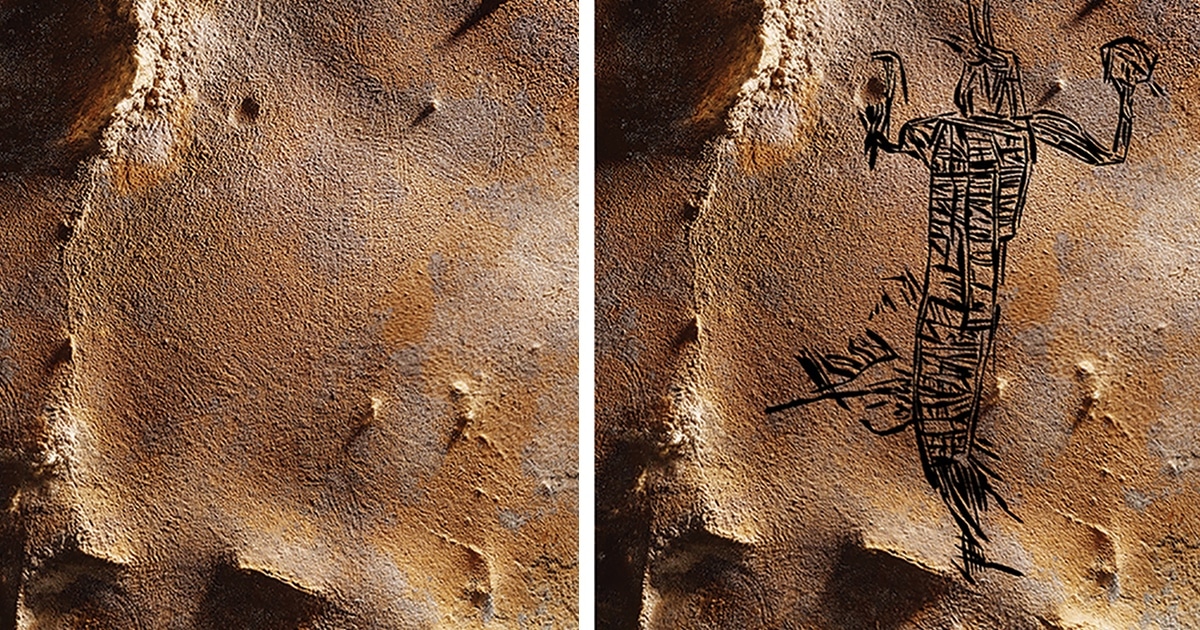