The functional ceramics showroom upstairs at Radius Gallery has a catchy but unofficial name that helps it blend in among the Missoula growth.

They’re calling it “the Radius pot shop,” but not in any at least for the workers at the front desk if they put such a name on Google.

For the opening, the featured lineup comprises Montana artists and a breadth of design and style.

The only thing uniting them all is a way of thinking about functional objects as artistic vessels.

“One of the things that places these on the side of art, even though they’re functional, is the identity of the artist,” said Lisa Simon, a co-owner of the gallery. The objects draw attention to themselves, rather than blending in.

At one end, the cup wall covers a lot of ground in Montana, both territory-wise and in career stage. Not far from a younger creator like Michael McCullough, you can see a piece by Josh DeWeese, who teaches at Montana State University and was director of the Archie Bray Foundation for the Ceramic Arts. His parents, Robert and Gennie DeWeese, helped establish a modern art movement in Montana.

Among the cups, butter dishes, platters and vases, there are some surprises. Missoula artist Alison Reintjes has been working on a new furniture form, the stool, that has the same geometric and color palette as her plates and cups. Clay as a medium for larger objects like these has caught on in the past decade. For instance, Casey Zablocki, who’s based in Missoula, has made that his specialty.

The space upstairs was formerly occupied by Relic, a gallery that offered vintage art of all types, whether historically interesting and important or just fascinating, unusual or rare. It was started by Tim Gordon, a nationally working appraisal expert based in Missoula, and Brian Sippy. The latter bought the property at 120 N. Higgins Ave., and constructed the new two-story building that Radius calls home. Relic is moving next door into the property under renovation, where it will have its own storefront.

That cleared room for the “pot shop,” which has a skylight, plants and earth tones to match the gallery’s longtime slogan, “live with art.”

The gallery wants to emphasize the importance of the artform in the state’s art history, so you can see several large-scale Rudy Autio sculptures resting on pedestals. They are technically pots, Simon said, and also remind viewers of his place in the international ceramics world. A University of Montana graduate, he and Peter Voulkos helped build the reputation of the Archie Bray Foundation for the Ceramic Arts in Helena.

He also “pushed through the wall” and began making sculptures, Simon said. These pots are a kind of a “symbol of all this other handmade work that is artfully made, not just made for function, but really made to give the user a lot of artistic and aesthetic enjoyment.”

Cups are also the most accessible pieces, price-wise. Adrian Arleo, who’s based in the Bitterroot, doesn’t consider herself a potter, but she makes cups — porcelain with delicately sculpted faces. Someone might not be able to buy one of her large sculptures, but a cup is a “mini piece of sculpture” that you can drink red wine out of, Simon said. Julia Galloway, a professor at the University of Montana, is a “symbol of someone who’s trying to maximize aesthetic experience through function,” Simon added. Her salt cups have a lid that works as a rattle. (Radius has sold hundreds of them.)

The gallery as a whole is calling April its “Ceramirama” month. In its other exhibition area upstairs, you can see “Make/Believe,” by Yeonsoo Kim, a South Korean artist who’s now in residence at the Archie Bray. In the ceramics showroom, “North American Bounty” opens on April 15, which broadens the geographic scope to creators from around the country. On April 22, the gallery is holding its seventh annual Ceramics Invitational.

On April 29, they’ll look back at pieces by Montanans, Rudy Autio, David Shaner and Frances Senska.

After the opening month, the space will cycle in new work, retail-style, as it leaves the gallery.

Simon attributes some of the increasing popularity of the medium to the pandemic, when people began seeking ways to enliven their living spaces.

“In a way you have the mind of the artist there with you, this thing that has more life to it” than manufactured goods, she said.

Receive the latest in local entertainment news in your inbox weekly!

Tue Apr 12 , 2022
The estate of the late Mexican singer-songwriter Juan Gabriel has signed an exclusive, worldwide agreement with Virgin Music US Latin and extended its agreement with Universal Music Publishing Group. Under the new deal, Virgin Music US Latin will now represent Juan Gabriel’s post-2008 catalog and future recordings, while UMPG will represent his entire catalog through an extended, exclusive global publishing agreement, […] 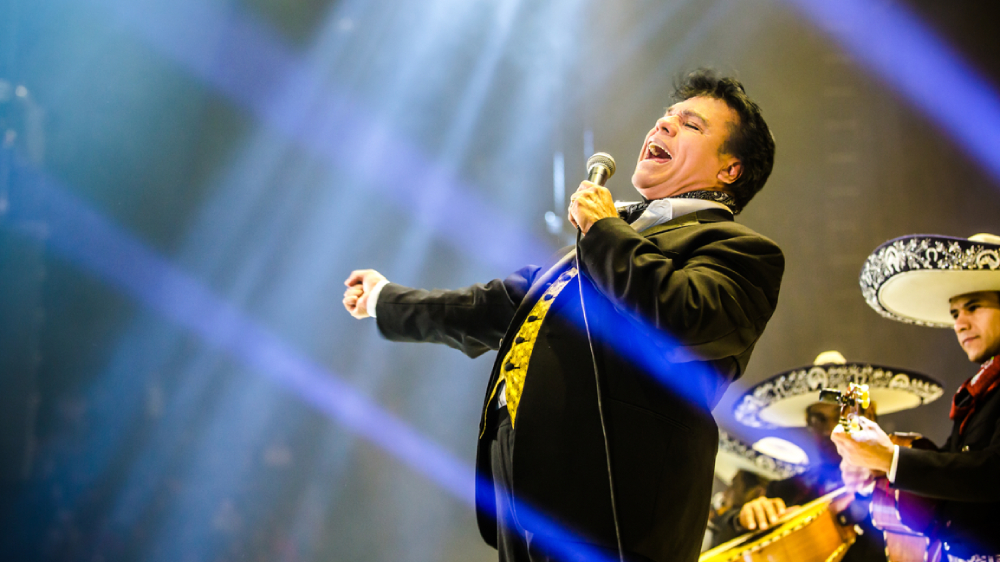