LANSING — Keegan Jacko remembers that as a boy he would hum the melodies to his mom’s favorite Toby Keith and Tim McGraw songs whenever their country twang filled the house.

It might be easy to picture Jacko, who now has a record deal of his own, working all his life too become a country star like them, but it wasn’t until five years ago that Jacko started singing in front of a crowd at the former Lansing Mall bar, Tequila Cowboy Bar & Grill.

By then, injuries he’d sustained during a stunt had already ended his hopes of a professional inline skating career. Taking to the bar’s stage to sing karaoke offered Jacko the same rush he’d had every time he went into a spin at Ranney Skate Park’s concrete ramps.

“The feeling that it gave me, singing in front of people, is the same feeling that I had when I was skating and competing,” Jacko, 28, said. “I just fell in love with it.”

In 2020, three years after teaching himself to play guitar, Jacko packed up and moved to Nashville, Tennessee, to try and make a career out of country music.

Jacko, who has both Hispanic and Native American roots — he was born on the Wiikwemkoong First Nation reservation in Ontario, Canada, before moving to Lansing when he was 1 — bucks stereotypes that often surround country music.

When he takes the stage covered in tattoos and wearing a baseball cap, Jacko’s sound usually surprises people, he said: “That’s why it’s working.”

From skating to singing on stage

Delores Zarka raised Jacko on country music, blasting it during car trips, and when she vacuumed or made dinner, but growing up her son was more interested in skating than music.

He took to the sport when he was 7, spending lots of time at Lansing’s Ranney Skate Park, where he would put on headphones “and just disappear for a while,” Jacko said.

Then at age 21, when he was 15 years into inline skating, he broke his right ankle and dislocated his right shoulder while doing 2½ full spins on a skating ramp.

“It hit him pretty hard because that’s something that he strived for a long time,” Zarka said.

Singing on stage helped pull him out of a depression, Jacko said. He performed nearly every day for two years at Tequila Cowboy, releasing his first single, “Night Lights,” with an independent label at 24.

“I was amazed at how fast it just came to him,” Zarka said.

“No friends. No plan,” Jacko said. “I just left. Something was telling me I had to go. It was one of those things where as soon as I was starting to drive, I felt a feeling of relief.”

Jacko spent the next year writing songs and performing wherever he could.

“A great voice and a great stage presence,” he said. “People immediately notice when Keegan gets on stage.”

Rhodes was introduced to Jacko this year through Nashville producers he had worked with. BGR Holdings has signed him for “a minimum of one album and five singles,” Rhodes said. It’s expected to be released later this year.

“He is who he is,” Zarka said. “He won’t change that for an image for anybody.”

Jacko’s grandmother Florence Jacko-Peltier, who grew up on the Wiikwemkoong First Nation reservation, had the same love her grandson has for country music, Zarka said.

Before she died in December, at age 80, Jacko performed at the reservation. Jacko-Peltier had a front-row seat, she said.

“She was so very proud of him,” Zarka said.

Sun May 15 , 2022
CHARLOTTE, NC – JANUARY 25: A general view of the Nascar Hall of Fame on January 25, 2010 in … [+] Charlotte, North Carolina. (Photo by Jason Smith/Getty Images) Getty Images A NASC SC A AR R spokesperson has confirmed that they will most likely move some of their operations […] 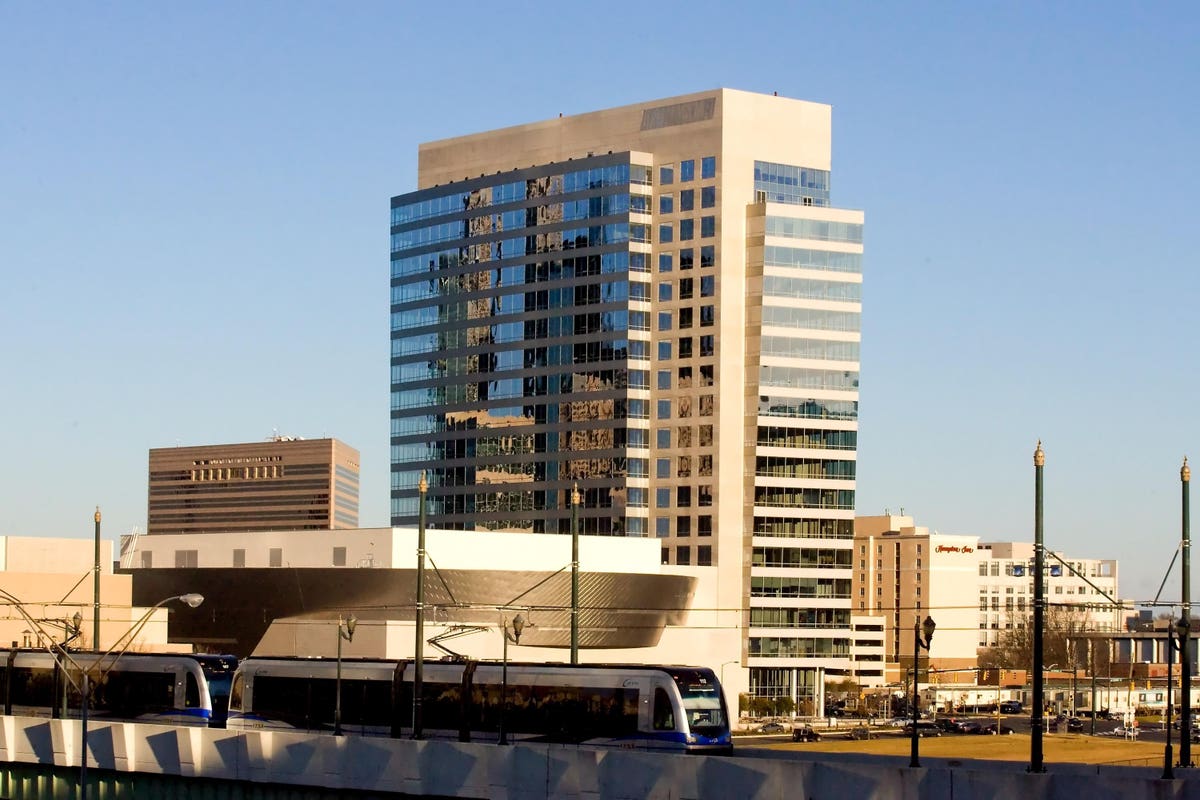