In 2016, as thousands fled the horrors of civil war raging across Syria, a young Palestinian musician decided to use his art to remind the world of our shared humanity. Today, as Ukrainians flee a brutal Russian assault and Afghans seek refuge around the world, his message feels more relevant than ever.

“Bright Colors on a Dark Canvas,” a suite of four movements, emerged from Naseem Alatrash’s Palestinian heritage and his desire to “say something with my music.” On Sunday, he brings his message to Putney’s Next Stage as part of Berklee World Strings. The group was founded in 2010 by Vermont resident and Grammy-winning cellist Eugene Friesen, who will conduct.

Bright Colors “is anti-war and anti-violence,” said Alatrash. “My goal is to display the strength that it takes to survive, to make it and stay strong … how music is such a big source of culture and identity and how we carry it with us. Even when we lose our land, our music stays with us.”

Born and raised in the Palestinian village of Beit Sahour near Bethlehem, Alatrash was captivated by the Byzantine chants he heard in church as a child and the classical Arabic music his father played constantly in the car.

When he was 11, after hearing a live violin performance for the first time, Alatrash became determined to learn the instrument, but the only violin teacher in the area was European and had just left Palestine. There was, however, a Palestinian cello teacher. It was fate. “When I heard the cello for the first time, I loved it even more than violin; within six months I had joined the Palestine Youth Orchestra and was touring with them in Jordan,” he recalled.

Alatrash enrolled at Palestine’s Edward Said Conservatory for Music, named for the brilliant Palestinian intellectual who was also an accomplished pianist. After graduating, Alatrash received a full scholarship to Berklee College of Music in Boston. He completed his bachelor’s degree in cello at Berklee and his master’s at Berklee’s Global Jazz Institute.

Alatrash’s compositions and performances fuse contemporary, jazz and classical styles influenced strongly by the musical heritage that Palestinians carried throughout the Middle East as they dispersed as refugees.

“Music speaks to the soul, to the heart. Living under oppression pushes people to create. That might be another reason why Palestine has been this source of creativity and beauty,” he said.

At just 30, he has performed at venues including the Kennedy Center, Lincoln Center, the Royal Opera of Oman and Royal Albert Hall. He is professor of cello at both Berklee and Tufts, where he also directs the Arab Music Ensemble.

Bright Colors is comprised of four parts: the first, Riwaya (story) honors life in Palestine — the olive harvest, the markets and harmony of the sounds of mosque and church. The second movement, Ramad (ashes) is, intense, strong and fast, signifying war. The third, Lifta, is a mournful and profoundly moving musical representation of a Palestinian village emptied of its people; and the fourth, Risala (message), incorporates folkloric elements suggesting refugees’ longing for their homes, and culminating in a celebration of hope for a new home in a new land.

“Sometimes it feels that the world is such an unfair place where certain groups of people — from Ukraine, Yemen, Palestine, many places — are living under oppression and their voices are not being heard. That’s the dark canvas,” said Alatrash. “But then you see the other side — the bright moments when people come together and look at their common humanity.

“In Vermont today, people are welcoming refugees in their homes and their communities,” he said, referring to the resettlement of Afghan refugees and others currently underway here. “That’s the bright side, the bright color. Once we put all these things that separate us on the side, what brings us together is our common humanity.”

Kate Casa is a former journalist. She lives in Brattleboro.

Thu Mar 31 , 2022
AMHERST — Arts and technology teachers at the town’s three elementary schools, whose work weeks were scaled back this school year, are having their positions restored to full time in a $25.53 million school spending plan for fiscal year 2023. The Amherst School Committee voted 4-0 Tuesday, with member Irv […] 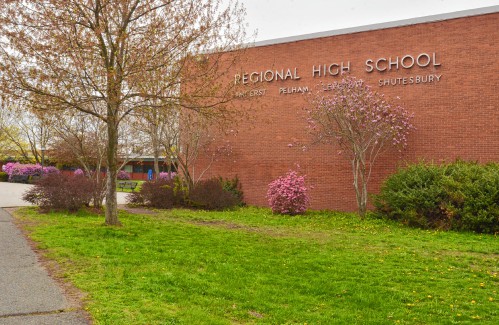