Among the most tangible consequences of the global pandemic and Russia’s invasion of Ukraine have been the stark rise in oil prices and the spike in shipping costs. In March the cost of oil reached its highest in 14 years and estimates for shipping art jumped eight to 12 times higher than recent prices. Christie’s, however, may have found a futuristic way around the sky-high costs and shipping bottlenecks affecting traditional methods of transporting art.

Proto, a three-year-old company based in Los Angeles has partnered with Christie’s to take one of the highlights of the auction house’s May sales, Petite danseuse de quatorze ans by Edgar Degas (est $20m-$30m) from the collection of Anne Bass, on tour as a high-end hologram.

In the past, what are commonly known as holograms were expensive, one-time installations. Proto has developed large display cases and software that produce convincing, interactive, volumetric displays, “holograms” that allow realistic images to be shown in what looks like three dimensions. The units are easily transported and the images even more so, so the holographic reproductions can be sent anywhere in the world that has a Proto device.

An instragram video of “The Little Dancer” in Christie’s San Fransisco popup at 47 Geary Street.

“Increasingly, the devices are being used for interactive experiences over long distances—people beaming to meetings from the US to Europe and Asia for instance,” a Proto spokesperson says. “A person appearing in the Proto can see and hear the audience and respond to them in real time.”

If these devices were to catch on (which is possible, but keep in mind how slowly the mainstream art world changes), the way works are transported—especially sculptures featured in art fairs and auctions—could fundamentally change. Theoretically Proto machines could help cut down on jet travel and the art world’s carbon footprint.

The hologram of Degas’s delicate bronze sculpture is currently on view at Christie’s San Francisco and later will be transported to Hong Kong via the cloud. And while it isn’t actually there, visitors can experience the work just as if they were in Anne Bass’s storied New York City apartment, where it stood in the entranceway just a few feet from another item in the sale Balthus’s Jeune fille à la fenêtre (est $4m-$6m). The tiny dancer rotates slowly in her futuristic display case and viewers can pause the rotation by tapping on the screen to examine the detail in the work.

This would be, in a way, the third version of Degas’s masterwork. According to Christie’s, the two-thirds life-size depiction of a young ballet dancer was originally made in wax, which the artist carefully coloured to simulate real flesh. That version was first shown in 1881 at the Sixth Impressionist Exhibition in Paris. Degas finally dressed this figure with real-life accoutrements: a dancer’s cotton faille bodice, linen ballet slippers, a tarlatan tutu, as well as a wig of real hair, scooped into a braid and tied with a silk ribbon. The original wax version was not cast in bronze until after the artist’s death, when 29 casts were made, the majority of which now reside in museums across the world.

Fri Apr 22 , 2022
Hamilton Elementary School art instructor Robin Kasparian is the recipient of Artsonia’s 2022 Art Education Leadership Award. The award honors pioneers in the art education community who continuously inspire their peers and engage students. Kasparian’s peers and Artsonia selected her among thousands of instructors as one of 15 national winners […] 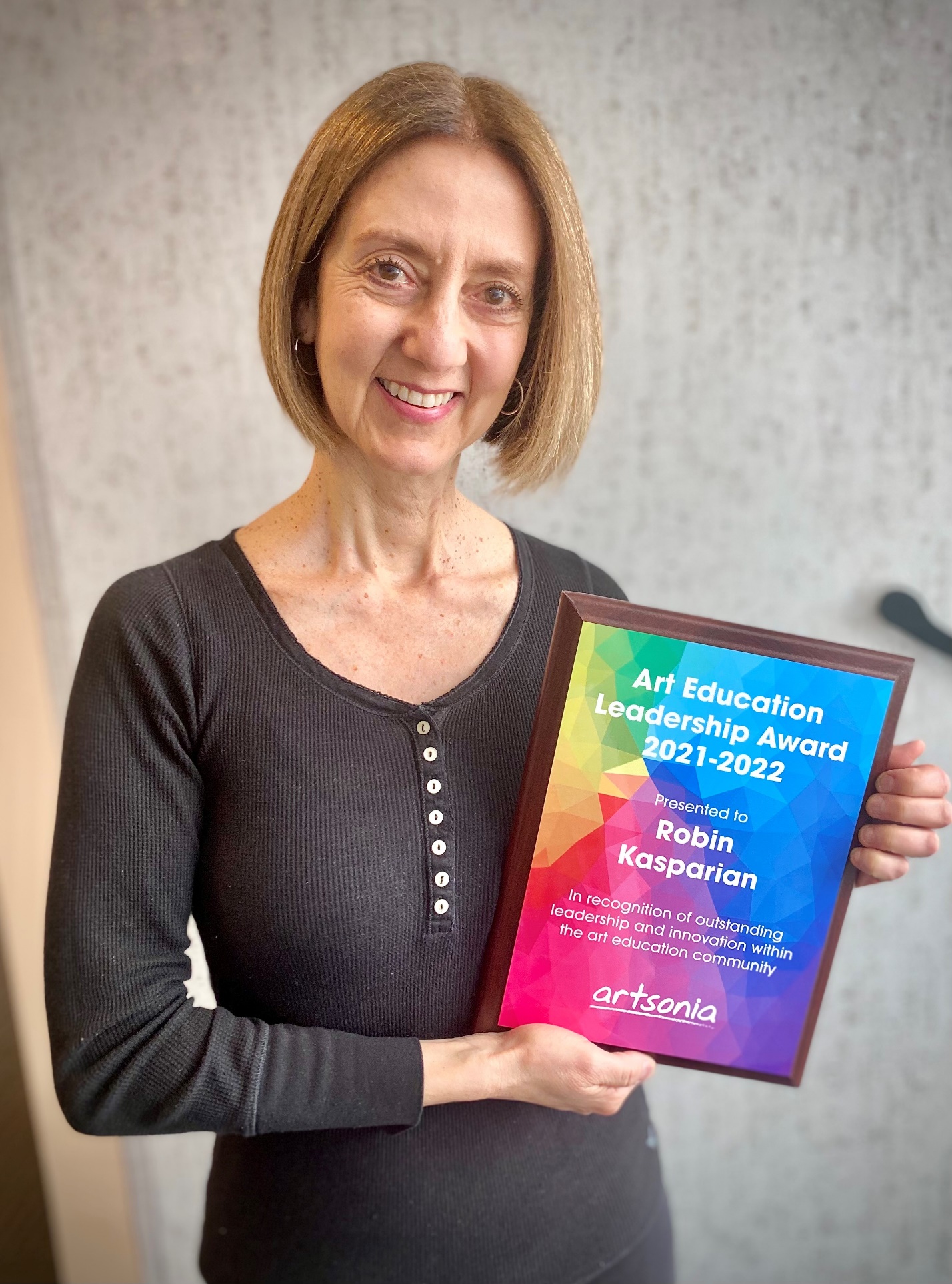