Creative works of nail art are making their way onto every red carpet, from the Oscars to the Grammys. Celebrities, who influence fashion and makeup, now are setting the hottest nail trends with awards season nails created by artists who pay attention to each swipe of color and every application of crystals.

Nails may seem like an insignificant detail, Saccia Livingston, the artist behind Doja Cat’s extravagant claws, says, but they can complete a look.

“It brings everything together. Nails add that extra oomph, whether it’s through length, shape, colors or design. It’s not ‘just nails’ because you definitely notice when they’re missing,” Livingston tells USA TODAY.

Here are some of the best nail looks from this awards season, with tips from the nail artists who created them:

Created by Kandalec using Essie products, Chastain’s golden champagne oval nails went perfectly with her Gucci gown — and her golden best actress statue for her role as Tammy Faye Bakker in “The Eyes of Tammy Faye.”

Kandalec, who has worked with Chastain for years, says her inspiration for the Oscars nail look “was the light that Tammy Faye instilled in the LGBTQ+ community.”

“It was important for me to create a nail look for Jessica that Tammy would approve of, and even wear herself,” Kandalec says. “Tammy gave hope, inspiration and unconditional love to the LGBTQ+ community out of her pure heart, and I wanted the nails to embody Tammy’s spirit too.”

Chastain’s look for SAG Awards, where she also won best female actor in a film (for the same role), channeled more golden glamour with sparkling French tips. This look is Kandalec’s typical nail vibe, which she says is “relatable,” “feminine” and “includes glitter of some sort or sparkle or textured elements.”

Kandalec on her method: If she knows the celebrity, “we talk about (the design) directly one-on-one: what kind of look they want, what length, the shape, the color. If I haven’t worked with a celebrity before, I will talk with them but also usually talk to the stylist, photographer, creative director (and) we’ll all talk about it together,” says Kandalec, who owns appointment-only nail studio Julie K Nail Artelier, has created a nail art design book and has debuted nail artistry on the hands of celebrities for concerts (Camila Cabello at Global Citizen Festival), New York Fashion Week and the Met Gala.

Ishizu on her method: “It always depends on the outfit they’re wearing. It has to match with the outfit,” Ishizu says. “We look at the outfit first a lot. We get some pictures from the stylist. … Sometimes I sketch especially for some big things. I take a bunch of screenshots and send it to my clients, and from there we collaborate and execute.”

“I always made sure like it’s going to catch people’s eyes,” Ishizu says.

Never one for a lowkey look, Doja Cat’s manis are often extravagant. But for the Billboard Music Awards, Livingston created a chic extended nail in a neutral light pink tone to accompany the artist’s low-cut black dress and sparkling diamond accessories.

What will Doja Cat’s Grammys nails look like? Livingston is coy for now, but fans will see an original creation for Sunday’s show.

Livingston on her method: “How I come up with designs are normally based off art, fashion and the event,” she says. “I love being able to pick the client’s mind about how they see themselves and what would make them feel the most elegant. I will begin to throw ideas out there that are completely different to get the best understanding of how they want to step out into the crowd and the vibe that they want to display.”

For the 2022 NAACP Image Awards, Ishizu created a sparkling deep red manicure for Issa Rae, who won outstanding actress in a comedy series for “Insecure” at the show.

Ishizu frequently collaborates with Rae and Cox, as well as Lizzo and Kehlani.

Ishizu notes she’s always been drawn to nails and beauty from her childhood in Japan, but she approaches each client differently. For Cox, there’s more collaboration ahead of time about the design, while Lizzo tends to let Ishizu run free; she calls Rae “easygoing” and says Kehlani wants her to work with her stylist to create the look.

What happened at the Governors Ball:Shell-shocked crowd is abuzz over Will Smith Oscars incident, plus more from behind the scenes

On Yuk Hui’s “Art and Cosmotechnics”

Sat Apr 2 , 2022
IN HIS 1964 LECTURE “The End of Philosophy and the Task of Thinking,” Martin Heidegger proposed that philosophy’s historic function of providing a unified account of the world was growing obsolete. Cybernetics, the postwar scientific research on technical systems, was outperforming philosophy in this traditional role. Influencing everything from art […] 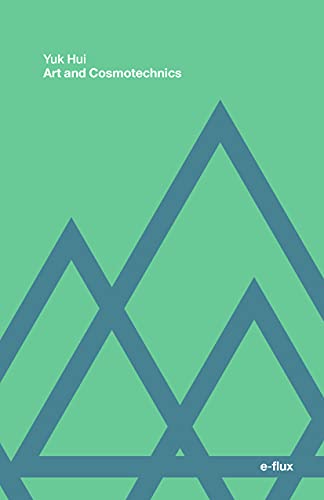