Two tattoos are more fun than one, and Rochester tattooist Luke Austin needs no convincing. He estimates he has about 40 tattoos, including a “cosmic wolf.”

Now, two of Austin’s recent clients are in complete agreement. Julie Dahl says she and her friend Krissy Luedtke “wandered in randomly” when Austin was hosting a Wednesday-night tattoo pop-up at Thesis Beer Project as a way to spread the word about the tattoo shop he’ll soon be opening, called Sorry In Advance.

Luedtke, from Thiensville, Wisconsin, was visiting Dahl, born and raised in Rochester. “It is actually kind of poetic,” says Luedtke. Dahl and Luedtke got tattoos together more than 20 years ago as students at the University of Wisconsin-La Crosse.

This time, Luedtke’s tattoo was her son Oscar’s name in his own handwriting. “His 9-year-old handwriting will be something to remember,” she said. Oscar says it was “fun” to design his mom’s tattoo. Dahl, a cancer survivor, got a tattoo of an infinity symbol with the word “strength” inscribed within it.

Austin’s pop-up tattooing was part of his monthlong Thesis Beer residency. Each Wednesday in March, patrons have entered their names in a drawing for free tattoos, and Austin has featured flash art from local designers. The residency is one of the ways he’s getting ready to open his tattoo shop at 321 S. Broadway.

Austin says the Sorry In Advance name came from a friend noticing the phrase on a pair of socks he was wearing. The name is appropriate, he says, both because tattooists might apologize in advance to clients about to feel the pain of their inked needles, but also because his method of opening a new business might be somewhat unconventional.

Barbara Ann Monson, Austin’s grandmother, died this past October, and he hopes to open his new tattoo shop on her May 19 birthday. “I grew up telling her I’d walk her down the red carpet,” Austin said. “The shop was my red-carpet moment in a way,” he says.

When he was 9, Austin’s love of art came into focus when his older brother Chad drew himself as a lead guitarist. “I remember being so impressed … it blew my mind that he created his own world on a piece of paper,” he said.

Austin moved to Rochester from the Chicago area with his family when he was 17. He joined the Illinois Army National Guard the same year. He was a member of the guard from 2004 to 2012.

During that time, he was a public affairs specialist, similar to a photojournalist, from 2008 to 2009. He was deployed to Kabul, Afghanistan, with Task Force Phoenix VIII. When he returned, he lived in Chicago and worked for the Illinois Guard creating graphics.

When he left the Guard, he returned to Rochester, living with his parents and taking classes at Rochester Community and Technical College, where he fell in love with art and theater classes. “I took every art class I could take at RCTC,” he said.

In 2015, Austin found his way to Sacred Heart Studios, a Rochester tattoo shop, where he got a job as a shop manager. Within months, he began an apprenticeship to learn how to become a tattooist.

Most recently, Austin has been tattooing at Six of Swords, a tattoo shop in Kasson established by his friends and mentors James Dahnert and Jim Hores.

“I would not be half the tattooer I am today without Jim and James,” says Austin. “When people think of Sorry In Advance, they should think of Six of Swords. We are synonymous as tattoo shops.”

Austin envisions his new Sorry In Advance beginning as a boutique-style shop with two stations. He says it will be very low key, mostly appointment-only. He hopes to turn the back of the shop into his art studio, and, as time passes, hopes the shop grows organically into a community space that supports creativity.

Boredom is something that Austin says he’ll never face with tattooing. “Your canvas is never consistent,” he said, referring to the individuality of the human skin on which he creates. “So much of it has to do with what you are feeling, not what you are seeing,” he says.

“I’m not an entrepreneur,” says Austin. “My goal is not to make infinite capital. I have prioritized finding a way for me to have an ideal space to make art.” Austin likes the fact that tattooing requires his complete focus. “I can follow that line, and I’m not thinking about anything else,” he says. “I don’t want to just spend my days droning through life … tattooing gave me the potential to do that as a real thing.”

Sun Apr 3 , 2022
Audiences gathered at Old Cabell Hall for the fifth concert in the University’s Chamber Music Series, the penultimate in the series Sunday. Students, families with children and elderly members of the Charlottesville community spent the afternoon immersed in the world of classical music. The series, directed by Jiyeon Choi, a […] 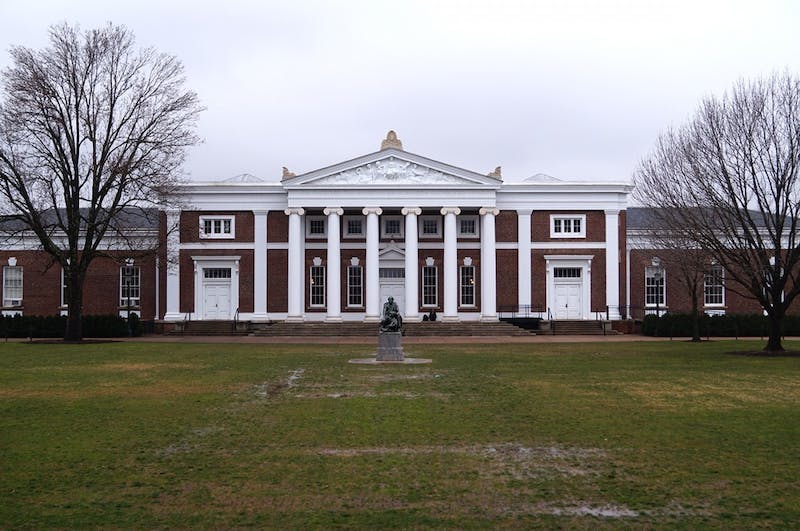