MONTGOMERY – A vibrant new art and music community is blooming within the Montgomery Marketplace on 46 Main St., starting with the opening of the Gray Catbird Gift Shop and Art Gallery a little more than a year ago, and expanding this month to include live music on Thursdays at 3 p.m.

Montgomery potter and painter Dale Rogers opened the Gray Catbird art space in January 2021, shortly after retiring from 20 years as a teacher and career counselor at White Oak School in Westfield.

Rogers had previously shared her pottery and paintings at art shows, doing five a year, and was looking for a studio to call home. Offered a space by Montgomery Marketplace owners Ron and Marilyn Sturgill, the first year she decided to use half the room as a gift shop and half as a pottery studio.

Rogers seems to have hit a nerve and need in the community.

“I started with eight artisans, and now I have over 50,” she said. As the number of artists wanting to show their work expanded, she added gallery space in the hallway to hang pieces. The gallery gets 25 percent of sales, which she said is less of a commission than most.

In January of this year, the room down the hall became open, and she moved her pottery studio there, doubling the size of the gift shop.

Rogers also realized the new pottery studio would make a good teaching place, and pottery classes began this month, quickly filling up with space for four students to a class. The classes cover hand building, slab, double pinch, and offer an introduction to the wheel.

The new Music in Montgomery series on Thursday afternoons also premiered in the beginning of March, and grew organically from the community of artists. Rogers said she was talking to her friends, composer and keyboardist Jerry Noble and his wife, bassist Cara Noble, who were still practicing regularly with renowned jazz clarinetist Bob Sparkman as the Bob Sparkman Trio.

Rogers had been selling some CDs by local musicians in the shop, and said wouldn’t it be nice to have open rehearsals in the Montgomery Marketplace? Noble said the Bob Sparkman Trio would play there once a month. Scott Ford of the Montgomery Grille, a breakfast and lunch restaurant across the hall from the Gray Catbird Gallery, agreed to co-sponsor the music series, and have them play in their dining room on Thursdays after the restaurant closes at 2:30 p.m.

The roster of musicians for Music in Montgomery is already filled through May.
Scheduled on March 31 are the Bob Sparkman Trio performing traditional jazz; on April 7, Ed Bentley and Friends, country bluegrass and oldies; April 14, “Guys with Guts” — Connie Boyle and Art Fuleihan, all genres and oldies from all decades; April 21, Chris Keenan & the Pioneer Valley Fiddlers, old-time fiddle music; and April 28, the Bob Sparkman Trio.

Scheduled beginning on May 5 are Barry and Pete, performing classic rock and traditional country on vocals, harmonica, dobro and guitar; on May 12, Rick Gemme, Americana folk, vocals and guitar; on March 19, the Pitoniak Brothers, folk and country on guitar, bass, harmonica and vocals, and on May 26, Jerry Noble and Friends.

The concerts are free, the Montgomery Grille sets out coffee and tea, and there are two donation cans – one for musicians, and one to split between the Firemen’s Association and the town library. Rogers has just sent out the first checks from these fundraisers.

Rogers said it’s all about trying to support the arts.

“We humans need to create and then share our creative work; that leads to meaningful lives,” she said. “We all need to experience and think about beauty to help tilt the balance against grief, loss, pandemics, wars, poverty, illness, heartbreak. … Therefore artists, musicians, and artisans need to create and then share/perform; all of us need to find/hear/see beauty in our daily lives. The audience is as essential as the creators.

“That’s why I am engaged in this adventure. Supporting others in creating and enjoying the arts, and being a maker myself, causes my own daily life to be meaningful despite the sad events all around the globe,” Rogers added.

Sat Apr 2 , 2022
In the past couple months, social media has been filled with people finally returning to stages, arenas and stadiums for a pastime some thought would never return: live music. A myriad of concerts have come through the area and many college students are flocking to see their favorite artist. Zoology […] 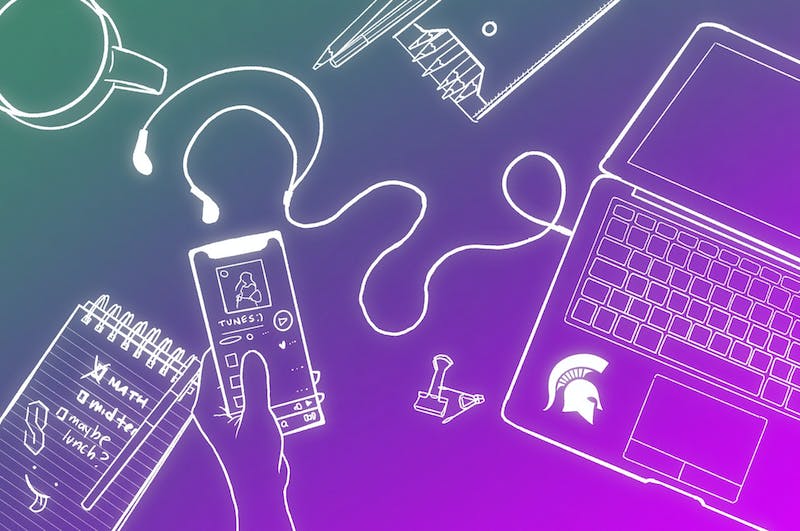