My sister Ann Gillespie, who has died aged 87, was an artist who co-founded a design studio in the 1960s and later became an art therapist.

Ann was born in Poole, Dorset, to Ken Reason, who managed a printing works for Kodak, and Hilda (nee Whittlestone), a housewife and primary school teacher. After schooling at James Allen’s girls’ school in south London, at 16 she went to study at St Martin’s School of Art, and at 17 she travelled with a friend to Florence, returning with sketchbooks of ink drawings of the city which the family still treasure.

From St Martin’s she went to the Royal College of Art, where she met David Gillespie, a television set designer who was experimenting with newly emerging plastics and fibreglass. They married in 1960 and co-created David Gillespie Associates, a partnership of David’s boundless entrepreneurial creativity and Ann’s graphic and drawing talent.

Together they designed and created a wide range of bespoke decorative murals and sculptures for shops, restaurants and offices. One of Ann’s initiatives was to open a specialist paper shop in Knightsbridge. She closed the shop and sold the name once she realised she was not a shopkeeper. That name, Paperchase, is still on the high street.

The marriage to David ended in divorce in the early 1980s. Ann moved on to train in St Albans, Hertfordshire, as a children’s art therapist, writing an MA thesis on the use of fire in art therapy, discovering that children could find cathartic expression through burning, submerging or burying their creations in a therapy room. In 1980 she began work as a therapist at a Catholic children’s home in Gravesend, Kent, remaining there until 1991, when she was diagnosed with breast cancer.

After recovering from her illness she continued to develop as an artist, creating and photographing temporary installations made with pebbles on Greek beaches. She was about to show this work when she was struck down with an aneurysm in the late 90s. Although she nearly died and had to have brain surgery, she recovered enough to live on her own, exploring various avenues, including the Alexander Technique and the Feldenkrais Method, to re-build her body’s capabilities.

For some time she became grumpy about the uselessness of art, but then found, again in Italy, a new strand of creativity and a further body of drawings. A comparison of her early, detailed drawings with her later expressive work revealed her lifelong development as an artist.

She is survived by her daughters, Sarah, a printmaker, and Anna, a sculptor, four grandchildren, Amy, Louis, Ruben, and Joey, and by me.

Fri Jun 3 , 2022
A vibrant mural depicting neighborhood scenes of South Philadelphia is the result of a collaboration between a Penn faculty artist and an elementary school teacher and her school community. The mural was commissioned by Mural Arts Philadelphia. Shira Walinsky, a fine arts lecturer at the Stuart Weitzman School of Design […] 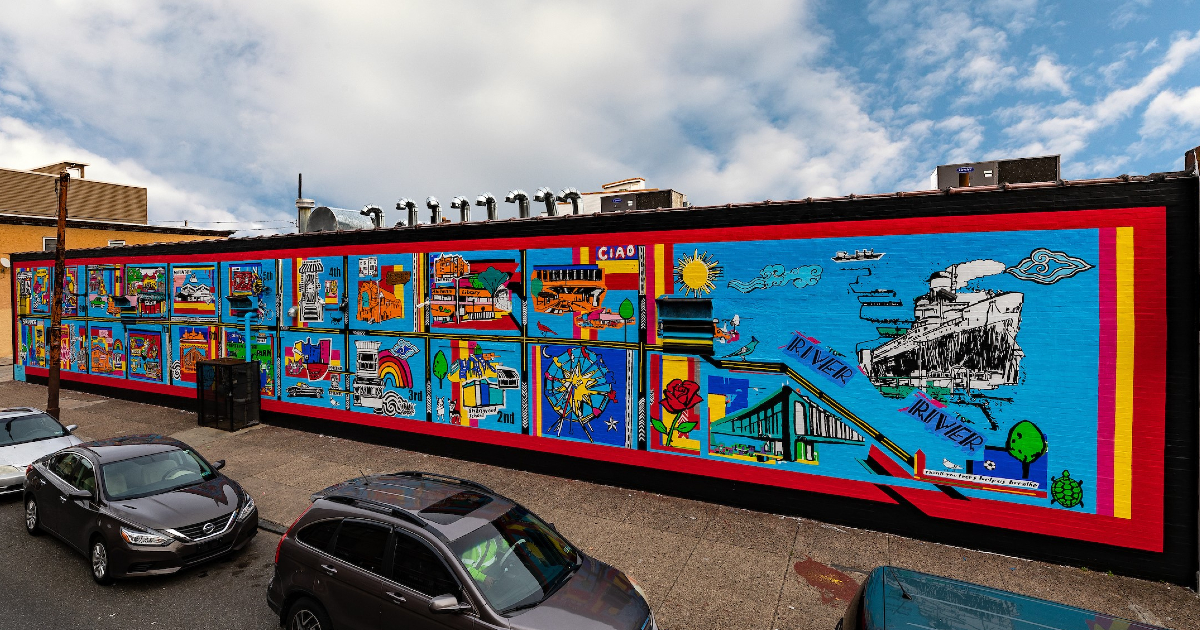