This article is part of our Design special report previewing 2022 Milan Design Week.

Three years ago, when the over-the-top décor style called “maximalism” had reached dizzy heights and the word “pandemic” was on almost no one’s lips, Sam Baron envisioned a wildly exuberant trio of rugs.

Mr. Baron, 46, a French designer, had been hired by the luxury carpet company Tai Ping to dress up its showroom in Milan for Design Week in 2020. He created Florae Folium, three tufted rugs that demonstrate Tai Ping’s virtuosity with the ambition of a soprano singing the mad scene from “Lucia di Lammermoor.”

The rugs, which have patterns of floral bouquets, are composed of wool and silk, and bits of plastic fibers representing pistils. The sheared and brushed yarns, dyed in 100 different colors, shimmer with reflected light to give the impression of something blossoming right there on the floor. Together, they took more than five months to produce.

Amid this welter and lushness, the observer might notice surreal contortions in the patterns at the edges of two of the rugs. The showroom has a big central column, Mr. Baron said. His inspiration was to mirror this form and wrap the rugs around the base so that the patterns resolve themselves in the reflection, like the Renaissance painting trick of putting distorted objects in canvases that can be clearly seen only from a particular vantage point.

He named one of the rugs Anamorphosis after the technique, but it is also featured in the rug called Borealis.

What happened next is no surprise. Milan’s 2020 and 2021 design weeks were canceled, and Mr. Baron has only been able to introduce his creations now.

If he had the assignment today, after the passage of three bleak years, would he design these extravagant pieces exactly as they are?

“I think so,” he said, on the phone from Milan, where he was preparing multiple exhibitions for Design Week. “Not because I’m a fixed-idea man — I really feel it fits with the capacities and uniqueness of the brand.”

All along, he added, he had been thinking of Napoléon and Josephine, and of an era — the floral-bedecked Romantic age in France — when “everything was so glamorous and generous and intended to impress.”

The Latinate names of the collection and its three components (the third rug is called Regalis) were inspired by encyclopedia entries — particularly from the original encyclopedia conceived by the 18th-century French philosopher Denis Diderot. Latin is furthermore a linguistic bridge that connects France and Italy, he said.

And what are three years, when your references go back three centuries, one might ask?

Mr. Baron has designed a mirrored column and tables with integrated vases to go with the rugs. The vases ensure that the botanical theme continues to the ceiling, as fresh flowers are reflected along with the tufted ones.

“The idea is that you need to get into the atmosphere to really see what is the final pattern,” he said. “The visitor becomes both a spectator and actor in the experience.”

Florae Folium is on view through June 12 at Tai Ping’s showroom at Piazza San Simpliciano, in Milan’s Brera District.

Tue Jun 7 , 2022
The PX-S3100 and its companion PX-S1100 are the latest additions to Casio’s award-winning family of PRIVIA keyboards. These musical instruments are defined by a simple yet elegant slim design that brings a certain sophistication to homes everywhere. Faithfully delivering the sound and playability of a grand piano, these PRIVIA keyboards […] 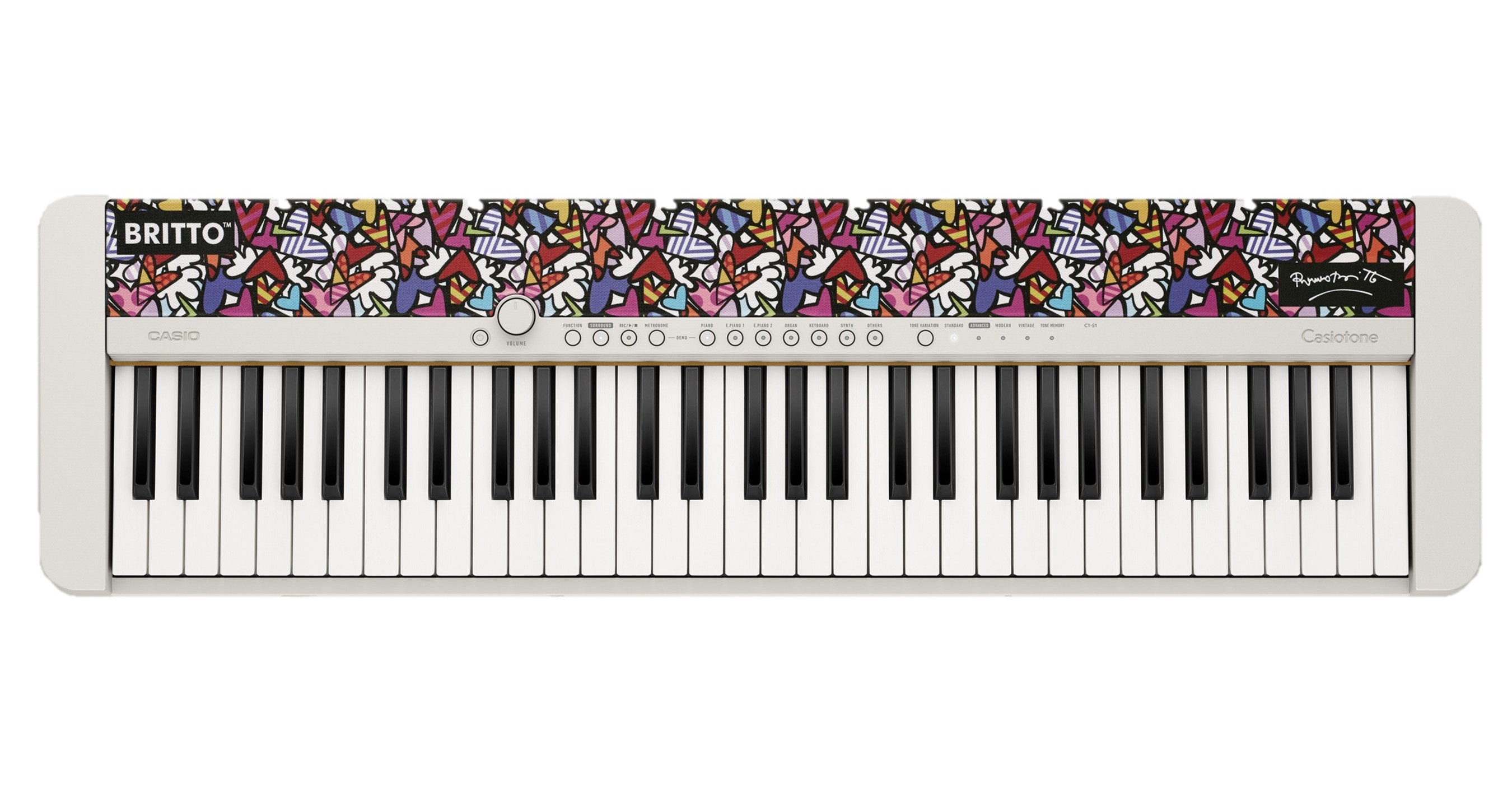